In the cold depths of the Tasmanian rainforest in April 2001, Murray Coote made Mazda history. He just had finished the gruelling seven-day Targa Tasmania road race in 20th position, well ahead of many other fancied rivals, in car that was going to change the way the world saw the MX-5 forever.

Three years prior, Mazda MX-5 the world’s top selling roadster, continued to wow the public and industry professionals alike with its dynamic handling, stylish looks and unapparelled connection between driver and car. But challengers were emerging, keen to take some of the shine from the MX-5’s crown.

Whilst they couldn’t compete with the sense of oneness and control the MX-5 delivered thanks to years of Mazda research and development, this wave of imitators was outperforming the legendary roadster in raw speed and power.

Seeing an opportunity, Mazda Australia thought it was time to explore the performance potential of the MX-5 and fulfil the dreams of its many fans by building an even more powerful version. 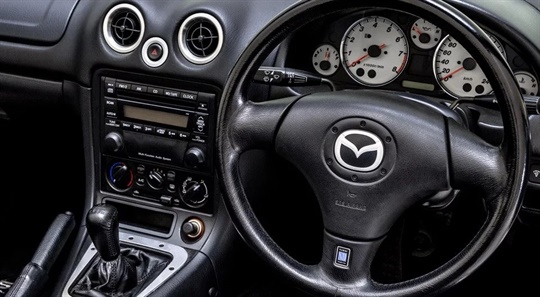 This desire for more performance fitted neatly within Mazda’s DNA of stylish, insightful and spirited vehicles that captured its rich performance heritage. It was after all, the Zoom-Zoom company.

Work began immediately on what was soon to be known as the legendary MX-5 SP. As Allan Horsley, Mazda Motorsport manager at the time put it “from day one, our goal for the MX-SP was to deliver a car with a progressive, lag free, user friendly power and torque curve”.

To achieve this new level of power, an all-new water-cooled turbocharger system incorporating an intercooler to significantly lift the standard car’s already impressive power and torque peaks was developed and fitted to the existing model.

This would allow the MX-5 SP to conservatively output approximately 33% more power and 55% more torque than the standard model. Taking the benchmark from 113kW and 181Nm, all the way up to 150kW of power and a whopping 280Nm of torque.

Other improvements included a remapped engine ECU and a new air box, developed by Mazda Motorsport, which ensured minimum lag on top of improvements to progressive power and torque band.

“Adding additional power and torque to the MX-5 equation has produced one of the quickest, most enjoyable, point to point sports cars on the road” said Horsley. 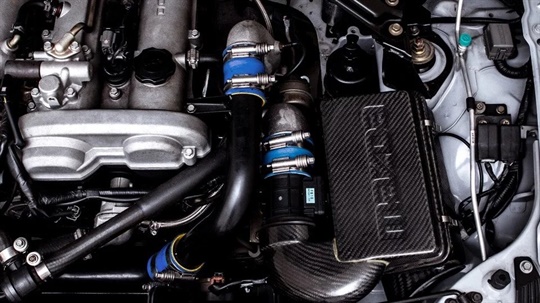 PUT TO THE TEST

But before loyal fans could get their hands on the MX-5 SP, one final hurdle remained. Despite easily passing rigorous durability testing in controlled conditions, the team wanted to ensure it was ready for the real world.

And so, Mazda MX-5 SP was entered into the gruelling, seven-day Targa Tasmania event with Murray Coote behind the wheel.

“Experience has shown that there is no tougher place to test and prove mechanical systems than in the cut and thrust of competition” said Horsley who instructed Coote to drive the car “as hard as possible”. 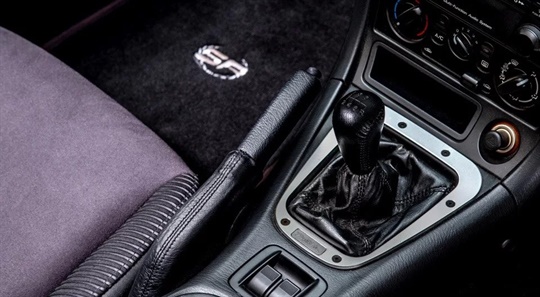 Coote and his MX-5 SP did not disappoint, finishing in 20th position overall, exceeding all expectations and passing the final test with flying colors. The bar was now forever raised for already legendary roadster.

News of the Australian turbocharged MX-5 spread quickly, and before they knew it, what had started as an experiment in power, became a global phenomenon.

Thanks to team’s success in Tasmania, the MX-5 SP then would go on to inspire Mazda Japan to begin producing their own turbocharged MX-5 that would in the years to come, be sold all over the world, and solidify once and for all Australia’s special place in MX-5 history.